Did you know Singing Creek is named after this woman?

Opal Whiteley was a pioneer girl who lived in Cottage Grove in the early 20th Century. The book of her childhood diary is called “The Singing Creek Where the Willows Grow”…and she had a dream to create a children’s nature museum in Oregon, where kids could touch and experience things first hand. I have long been a fan of hers, and she and I share an ancestor- Daniel Boone. When I moved my children’s programs to the Hunton’s Farm I knew I needed to come up with a new name that suited my mission and honored Opal’s dreams. When I saw the willows along the creek it came to me. The Singing Creek Educational Center- and here we are today.

This is Opal’s story….

In 1915 Opal was the most popular teenager in Oregon! She was a magnetic teacher & youth leader blending science and faith in lectures to thousands of kids. Everyone thought she would be a great teacher or scientist. Instead, she became Oregon’s most Controversial Author.

In 1920 her childhood diary, “Opal, the Journal of an Understanding Heart” was the number two Best-Seller in the world- read by presidents and kings. At the young age of 22 Opal Whiteley was a major international success! Her story of an orphaned and abused child growing up in the Oregon woods took the literary world by storm. To readers, Opal seemed magical! But, with the same speed as she rose … Opal fell from the public’s favor.

Just a year after her book was out of print Opal was accused of fraud and lying about her family. It was charged she had written her diary as a teenager, not a child. Disgraced, Opal went to India & Europe to prove her story.

Opal never returned to Oregon and never found the family she searched for. For decades Opal W 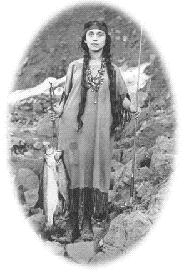 hiteley’s beautiful writings about nature, God and children gathered dust – while she was committed to an English mental hospital. She died there in 1992 – locked away for almost fifty years. Opal Whiteley’s work and writings were forgotten.

Finally, Opal’s book caught the attention of best selling writer Benjamin Hoff, author of the “Tao of Pooh”. Hoff spent years researching Opal’s life. Much of her diary was found to be true – but that is not the Whole Story … To this day there
is controversy – “What Happened to Opal?”

Different people see her Differently – like the Opal Gemstone. Was Opal a Mystic or was she Mad?  A Princess or a Fraud?Those Questions – and Others Remain Unanswered …

If you are interested in Education, the Environment, the Mind or simply like a good Mystery, then explore the Inspiring and Tragic Mystery of “Princess” Opal Whiteley.

Go to opalnet.net to begin your exploration.

*Short biography was excerpted from http://members.efn.org/~opal/whowasopal.htm.